Hi and welcome back! 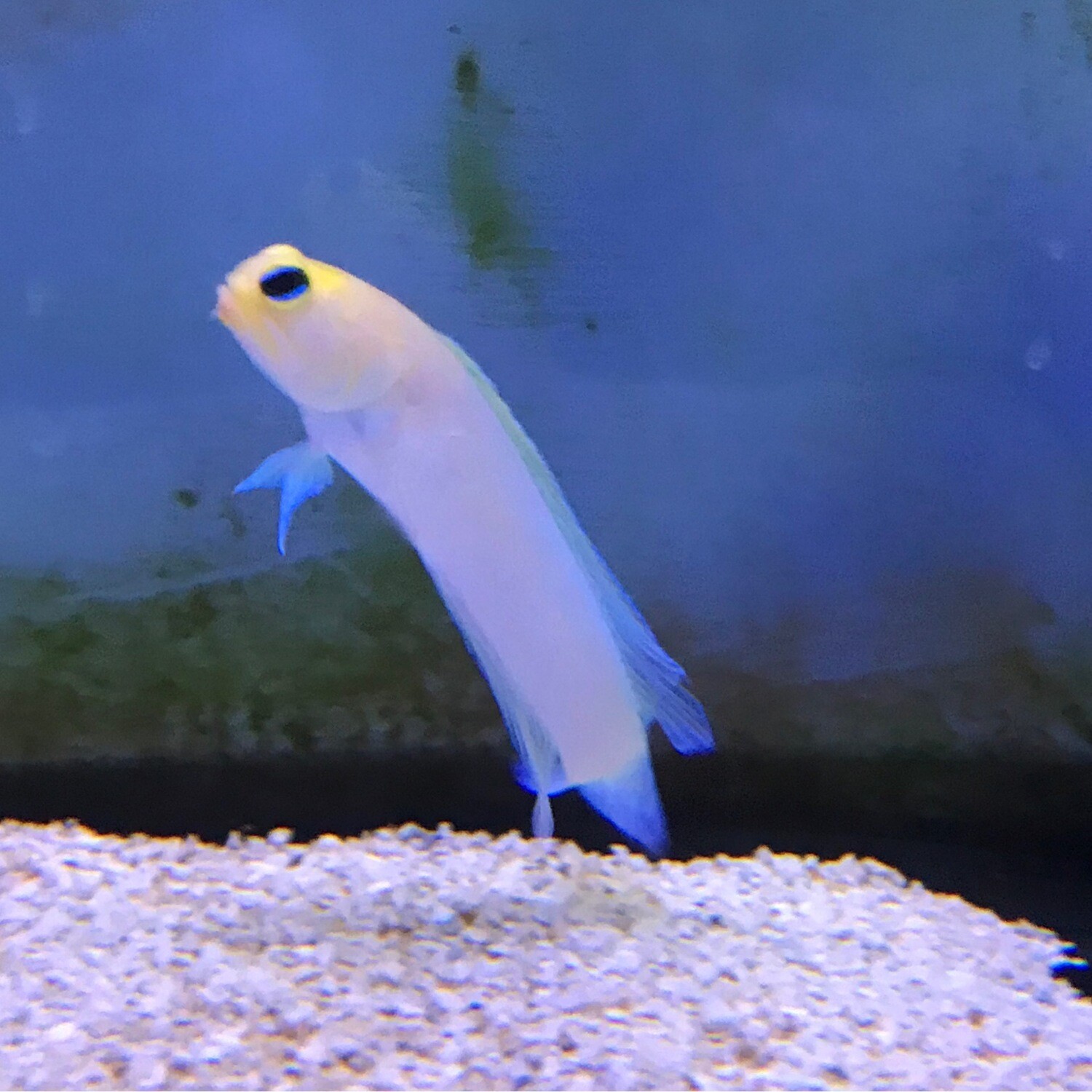 SKU 24ITEVD72PTV27K3U3R5CUFK
C$66.99
Out of stock
1
Product Details
The Yellowhead Jawfish, also known as the Yellow Head Jawfish or Yellow-headed Pearly Jawfish, has a yellow head and a light blue-green body. It inhabits the sandy, rubble-strewn areas on the reefs of the tropical Western Atlantic, and is found in close proximity to its burrow or cave. The Yellowhead Jawfish can attain a length of 5 inches in the wild, and up to 4 inches in an aquarium. The Yellowhead Jawfish is a cute fish with a great personality. They are playful and like to people watch. The Yellowhead Jawfish is moderately hardy. It tends to be shy and is best kept with other docile fish. It will not bother other tank inhabitants, but other burrowing fish may bully it. It needs to be kept on 5-7 inches of fine soft substrate such as sand of various particle sizes (not fine). Known for being a jumper when startled or frightened, the tank should have a tight-fitting lid. This fish will spend much of its time in its burrow and when it does venture out, if it is startled, it will bolt back into its burrow tail first with lightning speed. As long as the tank is large enough, several can be kept in the same tank. Multiple specimens provide very interesting behavior as they "dance" up and down in the burrow. Supply various size rocks among the soft substrate to help reinforce the burrows against them; rockpiles are ideal. Although other jawfish may exhibit color variations during breeding, the Yellowhead Jawfish does not. One differentiating characteristic is that since it is a mouth breeder, the male will hold the eggs in his mouth. The Yellowhead Jawfish is typically a shy feeder, eating very small live foods that wander near its burrow in the wild. In the tank, it can be enticed with small pieces of mussel, daphnia, brine shrimp, bloodworms, or other meaty foods. Eventually, prepared foods can be offered. Feeding must be done near the burrow.
Save this product for later
Display prices in: CAD