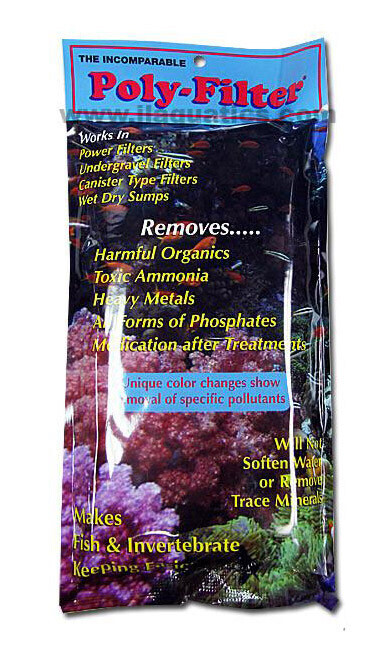 The POLY-FILTER is for filtering and purifying both fresh and salt water aquariums. It is a formulation of a special patented material bonded to a synthetic matrix. By means of a unique proprietary process, the POLY-FILTER is made impervious to salt and is also organic loving to certain materials. It can absorb and adsorb contaminants and other toxic materials found in nature or added to fresh and salt water with or without fish and invertebrates. Medication added to fresh and salt water aquariums for treatment of diseased fish will automatically be removed by the POLY-FILTER after serving their intended purpose before the medication can produce a toxic effect on the fish.