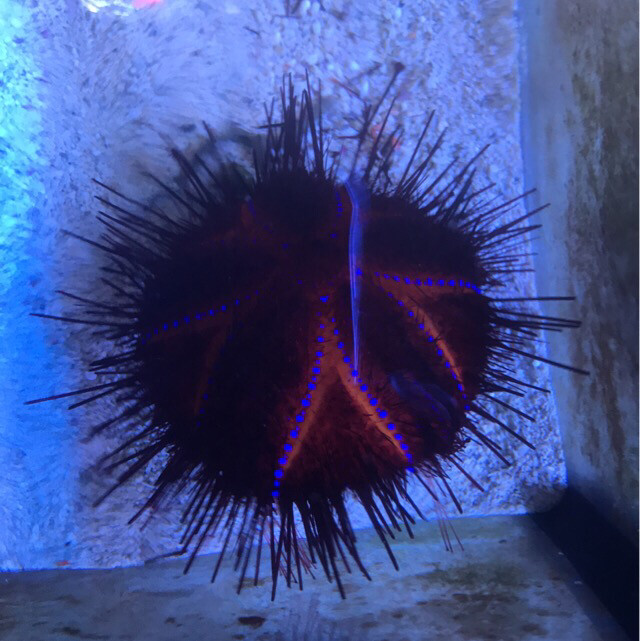 SKU MCAD2B2UFYPZE2EBDJGP2UCJ
C$88.99
Out of stock
1
Product Details
Truly a gem of a sea urchin that demands respect.

Also known as Bluespot Sea Urchin, Blue-spotted Sea Urchin, Blue-spotted Urchin, Iridescent Sea Urchin, False Fire Urchin, Fire Urchin, Hatpin Urchin, Longspine Urchin, Long-spined Sea Urchin, Radiant Fire Urchin, Radiant Sea Urchin, Radiating Hatpin Urchin, Rainbow Fire Urchin, Red Long Spine Urchin, Red Sea Urchin, Star Urchin.Found singly or in large groups moving across rubble, sand and shingle in bays and lagoons.They feed nocturnally on algae.Variable in colour.Length - 20cmDepth - 0-60mWidespread Indo-West PacificThese large sea urchin with long and mobile spines can often be found with fish swimming in between their spines for protection.[In the Caribbean the same sea urchin is called Astropyga magnifica.]Sea Urchins use tubed feet to get around, often in large impenetrable masses for protection.Sometimes they hitch a lift on the back of crabs.They have well developed jaws for grinding their prey.Their anus is on top in most sea urchins, except the heart urchins where it is at the rear.Predators of sea urchins are triggerfish and large wrasses, who nibble away at their spines before turning them over to eat the fleshy undersides.Sea Urchins are highly venomous and can piece through a wet-suit.Some are sensitive to light and have the ability to shoot venom loaded spines at a short distance.