Please see below for our new hours 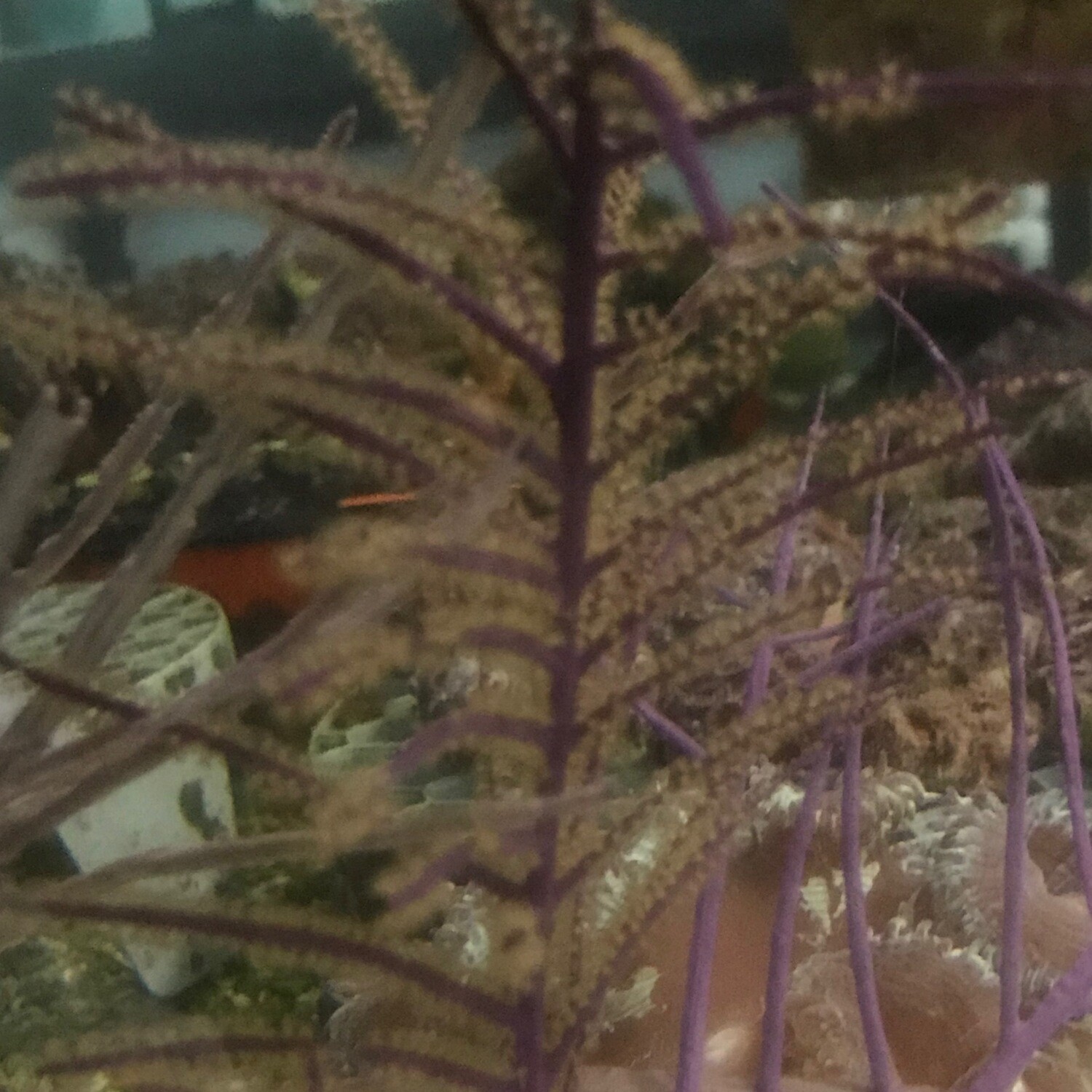 SKU ZH3IWKAET6K36WNILCX72ZHH
C$89.99
In stock
1
Product Details
Care Level-Moderate Temperament-Peaceful Color Form-Purple, Tan Diet-Filter Feeder Water Conditions-72-78° F, dKH 8-12, pH 8.1-8.4, sg 1.023-1.025 Origin-Caribbean Family-Gogoniidae Lighting-Moderate Supplements-Calcium, Strontium, Iodine, Trace Elements Waterflow-Strong Placement-Bottom The Purple Whip Gorgonian is common among the reefs of the Caribbean and grows in a vertical, tree-like fashion. The branches are purple in appearance and have a bumpy texture when the polyps are not expanded. The polyps of this gorgonian are tan in color, and are often expanded during the daytime. This gorgonian is hardier than many of its counterparts and will add to your reef aquarium's diversity. The Purple Whip Gorgonian is peaceful, but it should be given adequate space away from neighboring corals or anemones. Underwater epoxy is commonly used to anchor its base to a piece of live rock in the reef aquarium. This gorgonian is photosynthetic and requires a moderate amount of light, but also should be offered zooplankton and other foods designed for filter feeding invertebrates. It also requires a stronger water flow and the addition of iodine, calcium, strontium, and other trace elements to the water. In order to inhibit algae and cyanobacteria growth, it is important that this gorgonian is provided with strong, constant or intermittent water flow. If in the event that it does begin to become covered with algae or cyanobacteria, remove it from the coral immediately, as this will cause rapid tissue deterioration. Algae can be removed gently with the use of a soft brush; combat cyanobacteria by soaking the coral in freshwater of the same temperature and pH for approximately 1 minute. The Purple Whip Gorgonian should be fed a few times a week with a filter feeding food. Provide a varied diet of live or frozen baby brine shrimp, MarineSnow, PhytoPlan and other suitable micro foods.
Save this product for later

WOW! The owner, George is super knowledgable, friendly, and helpful. The store is stocked with hard to find high quality dry goods for every reef hobbyist. Very competitive prices, and definitely the same or cheaper than what you would find online. Super healthy and beautiful corals and fish. Definitely will be one of my favourite to-go to stores in Winnipeg! Highly recommend!

Just received my package from @concrete_blonde_corals !! Thank you for your amazing customer service. I can’t wait to try out the PolypLab polyp-booster!