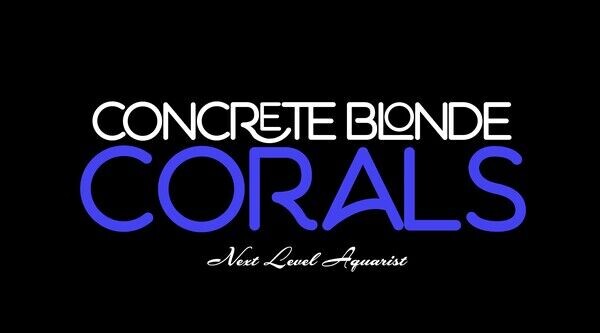 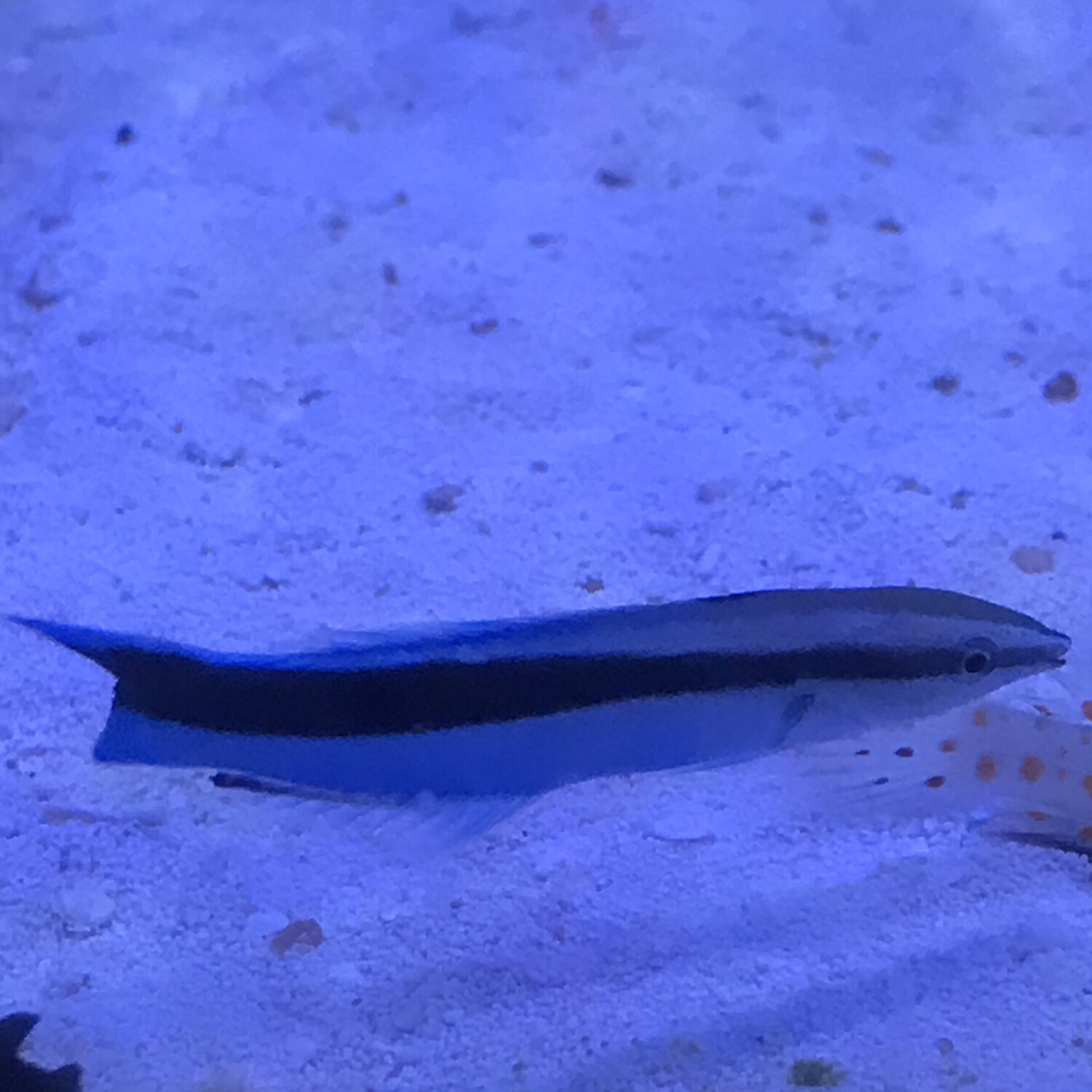 The Common Cleaner Wrasse or Bluestreak Cleaner Wrasse is found in the Indo-Pacific from the Red Sea to the Line, the Marquesas, and Ducie Islands, Japan, and Lord Hoe and Rapa Islands. They are found at depths of 1 to 30 meters (3.28 to - 98 feet). It inhabits all reef areas of inner lagoons, reef terraces, and outer reefs.

The Bluestreak Cleaner Wrasse or Common Cleaner Wrasse is a small fish with a slender elongated body. The body is separated by a large black horizontal band with white on the underside and generally blue on the upper half, though fish from deeper water will often have a yellow back.

Very difficult. Though reef safe and peaceful the Bluestreak Cleaner Wrasse is only for advanced to expert aquarists. Out of all the Labroides this cleaner has the best survivability record, still many will last only a couple of weeks to a month before dying from malnutrition even if they are feeding on prepared foods.
Unlike 'facultative' cleaners such as cleaner gobies and cleaner shrimp, cleaner wrasses are 'obligate' feeders. Facultative cleaners engage in removing parasites from other fish but this in not their primary diet. For 'obligate' cleaners such as these wrasses, the cleaning activity provides them with their primary source of food. Most of the Labroides will accept prepared foods, but still starve due to malnutrition.

The Bluestreak Cleaner Wrasses are carnivorous. Just as their name describes, they are cleaner fish whose entire lifestyle consists of (and relies on) a symbioticrelationship with other fish.They are classified as obligatory feeders, meaning they obtain all or virtually all of their nutrition by consuming parasites dead tissues, mucus, and other debris from the bodies, fins, and mouths of other fish.
Ideally cleaner wrasses could be kept in a reef environment supporting a large and diverse population of fish along with a variety of ectoparasites, basically supplying enough natural foods to sustain the cleaners.

In less than an ideal environment, trying foods similar to their natural diet such things as Cyclopeeze or daphnia would be highly recommended. Also encouraging them to take other finely chopped meaty foods such as shrimp, brine shrimp, squid, clams, and even chopped beef heart has said to be successful. In the wild they feed constantly while performing their normal cleaning activities, in the aquarium they should be fed several times a day. Very few have been successfully encouraged to eat other foods.
Even with these efforts survivability is questionable. Most of the time these fish will seem like they are doing fine eating prepared foods, only to slowly die from malnutrition.The Bluestreak Cleaner Wrasse L. dimidiatusis the cleaner most often reported as being kept with any success, and it too is very minimal.

The few reports of successfully keeping any cleaner wrasses indicate that they are hardy once acclimated and if kept in quality water conditions. These are cleaners that have survived the stress of importation and relocation, and are eating prepared foods.
They will sleep in holes in the rock or reef, or burrow into the substrate. Basic marine aquarium maintenance includes frequent water changes.
For more information see, Marine Aquarium Basics: Maintenance

This fish likes to have plenty of live rock for hiding and for stationing their "cleaning posts", along with a lot of fish to clean. Provide a sandy substrate, though they may sleep in holes in the rock or reef, they often burrow into the substrate at night. They also have a tendency to jump from the aquarium, so keep it tightly covered.

Water Region: Top, Middle, Bottom
They will spend time in all parts of the aquarium. If two of these wrasses are kept together they may establish a cleaning station, while those kept singly will tend not to do this in captivity.

The Bluestreak Cleaner Wrasses live singly or in groups. As adults some become solitary and territorial. In the wild a cleaning station will have either a pair of adults, a group of juveniles, or a group of females with one dominant male. They will form pairs in the aquarium but it is hard to tell sexes so several different sized fish should be placed together to avoid problems.
All cleaner wrasses are peaceful and beneficial in keeping other fish parasite free. Labroides have a symbiotic relationship with other fish who provide them with nutrition. In return for their services they are even afforded a certain degree of protection from the natural predatory inclinations of larger fish which instead become their hosts. Some of the Labroides even clean large moray eels! Fish will come to the "cleaning" station on a regular basis to be cleaned.
Research the type of fish this cleaner regularly cleans before adding to the tank to be sure a larger fish doesn't eat the cleaner wrasse due to not recognizing it. Though most fish recognize cleaners, large morays may not accept all cleaner wrasses!  Anglers, Frogfish, and the like may be dangerous companions.

Unknown, the gender of the Bluestreak Cleaner Wrasse cannot be distinguished visually.

Pairs regularly spawn in aquariums, but success is rare. The courtship ritual is especially interesting. The eggs, which are about the same size as the pygmy angelfish (Centropyge) eggs, are released into the water column. This happens once per day during the twilight hours.

The Common Cleaner Wrasse is often available both in pet stores and on the internet. However due to the extremely low success rate in keeping them alive, they are not recommend for the home marine aquarium. Be sure to carefully consider your impact on this species and on the ornamental fish industry as a whole before purchasing these fish.