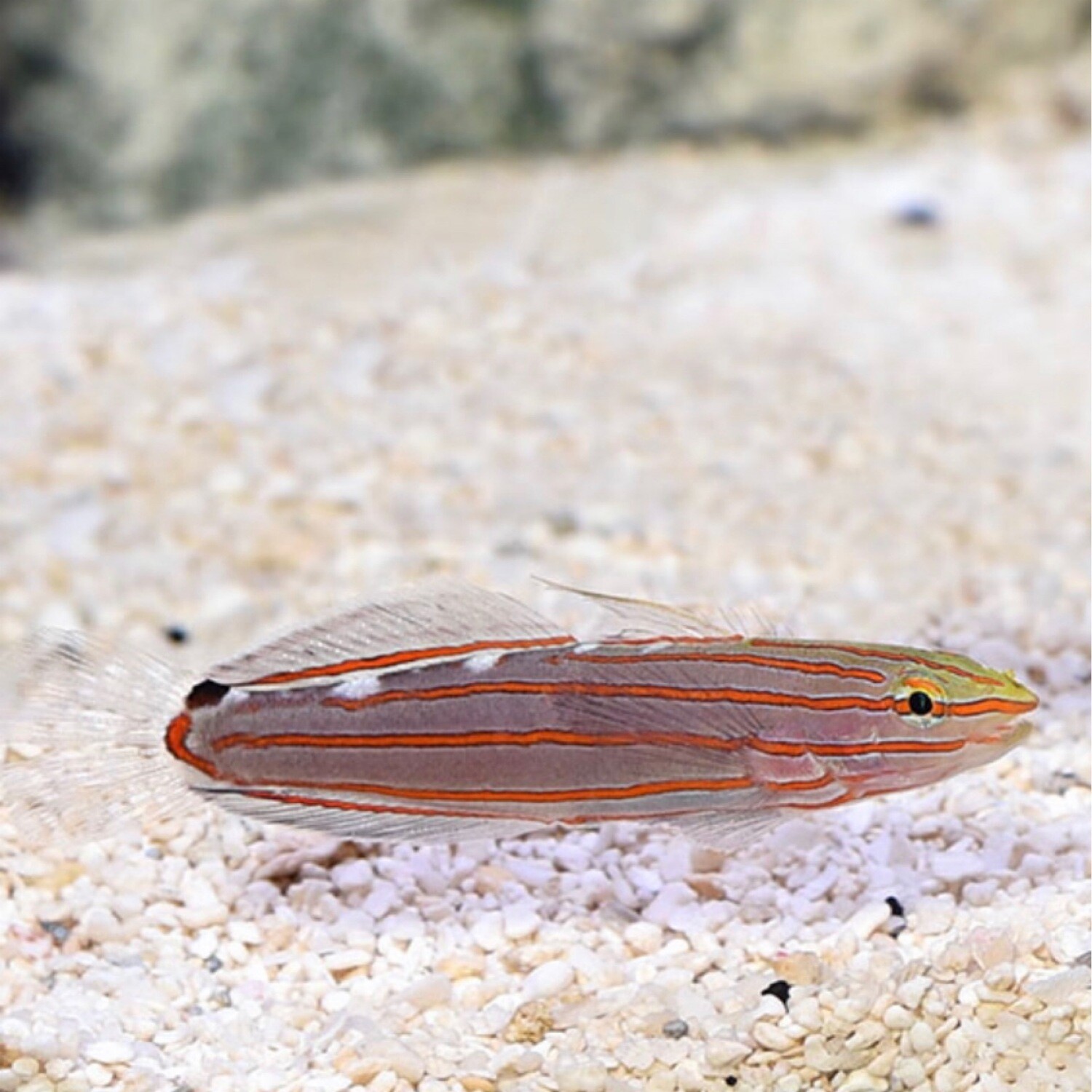 SKU DS7X4WJNAULFFKQ4DR5RVDXS
C$54.99
Out of stock
1
Product Details
Biota Captive-Bred Court Jester Goby are spawned and reared at Biota Marine Life Nursery in Palau. These fishes are also referred to as the Rainford's Goby, or Old Glory, was first discovered in the Western Pacific in 1940 by Whitely and gets its name from its brightly colored body. The body is green and blue with horizontal orange stripes running the entire length of the body. The Court Jester Goby is very timid and peaceful and is a great addition to the reef or fish only aquarium. It should be kept in a 10 gallon or larger aquarium that is well-established and has live rock and sand on which the fish can graze. It is best to keep only one of this species in an aquarium, unless the tank is large with an abundance of hiding places. It is rarely aggressive towards other species. The Captive-Bred Court Jester Goby has a unique advantage over wild-harvested species. They are hardier and more accustomed to conditions found in home aquariums. Therefore, it makes a great choice for novices and seasoned aquarists alike. It is possible for the Court Jester Goby to spawn successfully in an aquarium. The diet should consist of filamentous algae, small crustaceans, such as live and frozen brine shrimp, mysis shrimp. Approximate Purchase Size:: 1-1/2" to 2"
Save this product for later
Display prices in: CAD